Is photography part of your occupation? Or is it just a hobby? Either way, you need a camera that suits your need. Two of the most popular cameras nowadays are the mirrorless and DSLR cameras.

Mirrorless cameras are cameras that use a digital display system and don’t have a mirror.

As soon as the shutter is pressed, light goes through the lens, onto the sensor, and is displayed immediately on the camera monitor, showing the exact image captured on the sensor.

DSLR (Digital Single Lens Reflex) cameras are the opposite. The 45-degree angled mirror inside the camera reflects light coming in from the lens, then into the viewfinder for you to preview what the camera is seeing.

When you pressed the shutter, the mirror flips up and the light falls straight into the image sensor, capturing the final image.

To get to know more, let’s dive in into the 8 key differences between the two cameras.

Mirrorless cameras are mostly lighter and smaller in size compared to DSLR cameras. This also means that its controls and buttons are all smaller which makes it super suitable for people with small hands.

A normal mirrorless camera should weigh around 1.3 pounds. However, the detachable lenses might be as big as ones for DSLR which could make them heavier.

On the contrary, users with large hands might find DSLR more comfortable as they’re bigger. The reason for their size is due to the mirror and optical viewfinder mechanism inside its body.

Mirrorless and DSLR cameras are on the same level in terms of features. Some offer features that the other doesn’t and it goes both ways. For instance, DLSRs come with viewfinders while mirrorless often doesn’t.

Aside from that, they produce high quality photographs, allow manual control, and have similar controls. Most importantly, you can switch lenses anytime with both cameras.

DSLR cameras are more flexible when it comes to lenses, ranging from cheap to expensive ones. Mirrorless models are more restricted, with manufacturers still in the development phase.

One reason for this is because DSLR cameras have been around for longer. Nevertheless, the existing lenses for mirrorless cameras don’t lose to DSLR’s too.

One thing to remember is that there’re no lenses that are compatible with both DSLR and mirrorless. It’s always one or the other.

There’ll be times when you want to take continuous moving images. For that, the shooting speed mattes.

Mirrorless mirrors are advantageous here, since the absence of mirror makes all the process simpler. Hence, it’s easier to shoot more quickly with minimal sound.

This factor is really important for moments where you have to quickly capture an image.

DSLRs make use of what’s called ‘phase-detection’ autofocus modules located below the mirror in the body. Thanks to this system, the camera can track and immediately focus on objects at an incredible speed.

Meanwhile, mirrorless cameras used a technology called contrast detection which made use of the image sensor to discover areas with the highest contrast and focus on that area.

Considering how contrast detection works slower in areas with low light, phase detection is much faster in autofocusing.

However, modern mirrorless cameras are equipped with both technologies.

Capturing videos are completely different from images. In order to create a video with high resolution, your camera has to be able to capture a minimum of HD or full HD.

Fortunately, 4K capture is made possible with modern mirrorless cameras. DSLR cameras are still working toward this, but their HD and Full HD video capture should also be enough to capture quality videos.

Read also: How to Calibrate a Monitor for Photography

The average DLSR cameras is able to capture 600-800 shots after fully charged, while better and more expensive ones can capture more than 2000 shots per charge.

In opposition, standard mirrorless cameras can only capture around 300-400 shots per charge. This is mostly due to their use of viewfinders for previewing shots, which consumes battery.

There are always cheaper cameras in the market. However, if you would just invest a little more, you’d be getting more features.

For instance, cheaper DSLRs might skip on features such as touchscreens and mirrorlesses ones might not have viewfinders.

The price between the two doesn’t differ much, but if you were to compare the two with more or less the same features, the DSLR is still the cheaper choice by a slim margin.

I hope that you can decide on which camera to get now that you’ve more or less learned about the key differences between mirrorless and DSLR cameras.

Choose wisely depending on what you need and remember, there’s no good or bad! All that matters is your preference. 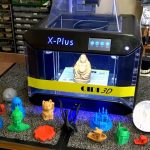 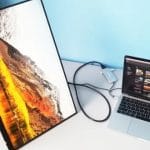